Apple Will Work with Intel, Instead of Qualcomm, on the 5G iPhone

November 17, 2017. According to a source, Apple is heavily leaning toward Intel’s future modem chips for its 5G iPhones. 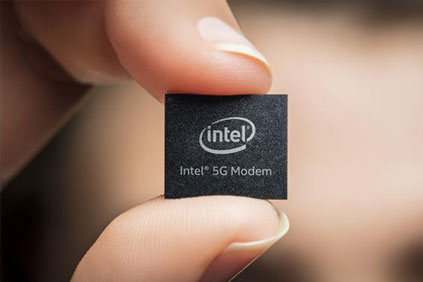 It is reported that Apple and Intel engineers are engaged in conducting early research and development on the next-generation wireless broadband technology 5G while Apple’s dialog with major modem vendor Qualcomm “has been limited”.

Qualcomm 5G modems support more professional carrier aggregation, like uplink carrier aggregation. However, according to the source, these products will not be widely used by operators. Apple engineers believe that Intel’s approach and its 5G modem would be the best fit for iPhones going forward

Intel has lagged far behind Qualcomm in the modem market, but it has a “small army” working on 5G, with “multiple thousands” of engineers engaged in the process. The initiative to provide the 5G modem for the iPhone is now considered a “must-win” for Intel.

Intel, meanwhile, unveiled its 5G modem plans at CES earlier this year, and announced in a news release that it has “successfully completed a full end-to-end 5G call based on its early 5G silicon … a key milestone in its development.” The completion of its modem is consistent with Apple’s plan of releasing a 5G iPhone in either 2019 or 2020.

A 5G iPhone would be capable of connection speeds up to a gigabit per second. That type of speed will fundamentally change the way people calculate, communicate and consume through this device. Technically speaking, it is complicated to upgrade to 5G. Therefore, a great deal of coordination is required before phone manufacturers make final decisions on its potential suppliers.